As reported in the renowned scientific journal “Nature Medicine”, medical scientists in the USA have succeeded in identifying the trigger for Macular Degeneration. And with it, there is new hope for patients suffering from AMD.

If the results of their research are confirmed, they may hold the key to successfully combating this insidious disease.

The long search for the causes of Macular Degeneration (AMD)

While the pathological aspects and the course of the disease are now well understood, the causes of Macular Degeneration have so far remained obscure. In age-related Macular Degeneration (AMD), there is a gradual destruction of the pigment epithelial cells in the macula.

This is a cell layer in our retina in the eye that supplies the light-sensitive photoreceptors with important nutrients via its vessels. If these die off, no or only reduced light impressions can be absorbed and processed in the affected areas.

Even decades of research have not yet brought the hoped-for breakthrough in successfully treating age-related Macular Degeneration (AMD). It is only possible to halt the progression of the disease to a certain extent.

New attempts to replace the damaged cells with stem cells are still in their infancy. There is simply a lack of knowledge about the causes of Macular Degeneration.

Scientists led by Nagaraj Kerur from the University of Virginia (Charlottesville, USA) have now succeeded in making a major advance in deciphering the mechanism responsible as one of the causes of AMD.

They observed that in affected patients, certain messenger substances in the retina and macula appear more frequently. When the doctors followed up this first clue in more detail, they came to a surprising conclusion.

It seems that a certain enzyme triggers Macular Degeneration as the first building block in the retina to form a cascade. This enzyme normally has the function of protecting the immune system against invaders.

It works like a sensor that reacts to the presence of foreign DNA. The researchers have now discovered that the sensor of the enzyme cGAS – as it is called – also becomes active in age-related Macular Degeneration (AMD). 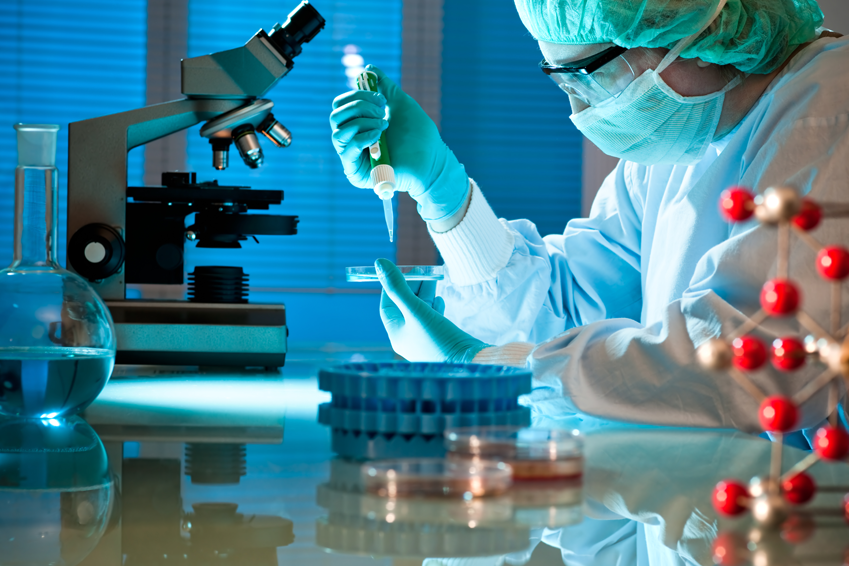 Seniorauthor Jayakrishna Ambati from the University of Kentucky (USA):

“It is really surprising that cGAS is activated in Macular Degeneration – although the disease has nothing to do with viruses or bacteria as far as we know.“

Nevertheless, this alarm enzyme jumps in, directs itself against the own immune system and destroys vessels and cells of the retina in the eyes. The doctors suspect that this “self-destruction” in the case of Macular Degeneration is based on an erroneous reaction of the enzyme cGAS to the RNA of its own organism.

“For the first time, we know one of the first events that puts the system on alert and – to put it casually – makes it hyperventilate.” Ambati explains.

If the researchers’ findings regarding the causes of Macular Degeneration manifest themselves, this could lead to a groundbreaking development of new therapeutic approaches. If it is indeed an enzyme that is responsible for the cause of age-related Macular Degeneration, the researchers are certain that a suitable drug for the treatment of AMD will be found relatively quickly.

To do this, it is necessary to generate very specific molecules that block the function of cGAS. Nagaraj Kerur and his team are very confident about this, as there are already active substances that can specifically deactivate enzymes in a targeted way.

For this ambitious goal, the scientists rely on drug libraries and computer-aided molecule design. The result is then the synthesis of an active substance that acts as a blockade against the enzyme cGAS. The big advantage: With this enzyme blocker, it is possible to intervene in the disease process at an early stage. This means that there is a real chance of treating age-related Macular Degeneration at an early stage.

The search for a suitable blockade molecule will still take several years. Further studies, animal experiments and tests on humans will follow. If the results are positive, it can be assumed that the causes of Macular Degeneration have been successfully verified and thus an effective remedy against this eye disease will be found.